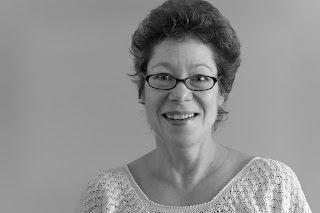 Natasha Sajé’s first book of poems, Red Under the Skin (Pittsburgh, 1994), was chosen from over 900 manuscripts to win the Agnes Lynch Starrett prize, and was later awarded the Towson State Prize in Literature.  Her second collection of poems, Bend, was published by Tupelo Press in 2004 and awarded the Utah Book Award in Poetry.  Her third book of poems, Vivarium, is forthcoming from Tupelo Press. She has recently completed a critical book about poetry, Windows and Doors: A Poet Reads Literary Theory.

Sajé was born in Munich, Germany, in 1955 and grew up in New York City and Northern New Jersey. She earned a B.A. from the University of Virginia, an M.A. from Johns Hopkins, and a Ph.D. from the University of Maryland at College Park, for a study titled, "'Artful Artlessness': Reading the Coquette in the Novel, 1724-1913."  Her honors include the Bannister Writer-in-Residence at Sweet Briar College, the Robert Winner and the Alice Fay di Castagnola Awards from the Poetry Society of America, the 2002 Campbell Corner Poetry Prize, a Fulbright Scholarship to Slovenia, a Camargo Fellowship in France, and grants from the states of Maryland and Utah. Sajé was a Maryland poet-in-the-schools 1989-1998.  Her poems, reviews, and essays appear in many journals, including The Henry James Review; Kenyon Review; New Republic;  Paris Review; Parnassus; Chelsea; Gettysburg Review;  Legacy: Journal of American Women Writers;  Ploughshares; Pool; and The Writer’s Chronicle. Sajé has been teaching in the low residency Vermont College MFA in Writing Program since 1996, and is a professor of English at Westminster College in Salt Lake City, where she administers the Weeks Poetry Series.