Hannah Craig, of Pittsburgh, PA, won the 2017 Crab Creek Review Poetry Prize for her poem, “Hemming Twice to Show the Strength.” The finalists are Carol Berg, from Groton, MA, for her poem,“Self-Portrait as Seven Deadly Sins” and Phill Provance, from Woodstock, IL for his poem,“The Stenographers Union.”

Hannah will receive $500 plus publication in the 2017 fall issue of Crab Creek Review. Finalists and semifinalists will also be published. The complete list of semifinalists is listed on our website. Contest judge Diane Seuss (Still Life with Two Dead Peacocks and a Girl, 2018), read all the semifinalist poems, provided to her without identification. Congratulations to all the poets! 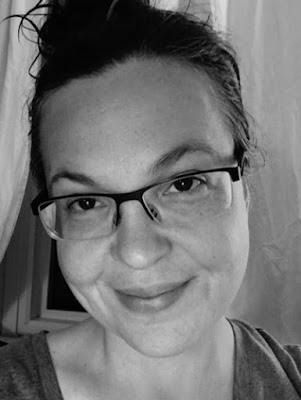 “Hemming Twice to Show the Strength” by Hannah Craig

I love this poem for its many dimensions of artfulness—structure, music, and imagination. Without a heavy-handed narrative, the writer nevertheless sets a scene in the very first line and goes on to perform an “I,” a girl with “popcorn hair and sleeves of silver wire.” The decision to structure the poem via couplets seems just right, given the girl’s twin bodies—the one she’s born with and the one she “grows into,” the body that is not hers, sought (or imposed on her) in the pages of the bridal book. The poem brilliantly enacts the price of false-embodiment—vertigo, dissociation, death. At odds with the poem’s tight structure is the exhilaration of its associative leaps and its mad musicality—internal rhymes, alliteration, composition by ear and by fear. “I’m the twin of the old you/That’s grown inside the blue you, the dead you, the foggy dew/That lies upon the grass that’s you, that’s pressed upon,/Caressed and bound, that’s also laid.” This writer has voiced a speaker pressed, bound, and laid by gender’s ludicrous rules and regulations in a language that is obsessively, dizzyingly inventive. - Diane Seuss 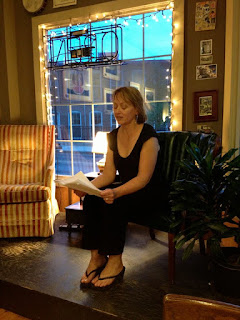 Beginning with an epigraph from Salvador Dali, this litany voices the Seven Deadly Sins as a speaker who travels through—interpenetrates, really—a deeply-witnessed natural world. The anaphoric phrase that opens these lines is “I travel,” and therefore we experience the speaker as an approaching presence, mysterious, dangerous, even. Its gorgeous specificities haunt—“a donkey’s blunt/discourse,” “the weight of the reluctant loamy language/of moss, of lichen,” “the buddleia’s pink arch,” and “a green dream and of fall’s sudden flight.” Nature here is absolutely unsentimentalized. It is seen. It is languaged. I so dig the final gesture, in which the poem tumbles into Latin, like the Catholic mass retreating to its origins. Somehow, in this move, the “I” feels fully-realized. I admire this poem’s compression and what it leaves in the white space’s great unspokenness. I love that it enacts experience, unburdened by goodness and wisdom. - Diane Seuss 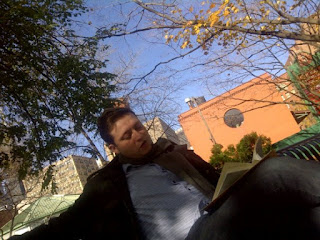 “The Stenographers Union” by Phill Provance

In reading this ingenious poem I feel like I’m looking into a diorama in a shoebox, a scene and a world dreamily composed within the cleanly-wrought borders of the speaker’s imagination, where “The moon is just a jellyfish we all have a spoon in” and God is a “Grand Stenographer…loading his standard-issue pocket protector,” “each of his teeth…a perfect scale replica of Nebraska.” I love this poem’s wit, its creepiness, and its snarky, haunted take on religion. It’s a poem-as-Joseph-Cornell-box—a little myth with a Midwestern twang. - Diane Seuss

Hannah Craig is the author of This History That Just Happened (Parlor Press, 2017) which was the winner of the New Measure Poetry Prize. Her work has appeared in Fence, Mississippi Review, the North American Review, the Norton Anthology of Hint Fiction, Prairie Schooner, Smartish Pace and other publications. Her work was selected as the winner of the 2016 Mississippi Review Prize. She lives in Pittsburgh, PA with her husband and daughter where she works in IT and is an avid printmaker.

Carol Berg’s poems are forthcoming or in DMQ Review, Sou’wester,Spillway, Redactions, Radar Poetry, Verse Wisconsin, and in the anthologies Forgotten Women, A Face to Meet the Faces: An Anthology of Contemporary Persona Poems and Bigger Than They Appear: An Anthology of Very Small Poems. Her chapbooks, Her Vena Amoris (Red Bird Chapbooks), and Ides (Silver Birch Press) are available and her chapbooks, The Johnson Girls, Ophelia Unraveling and The Ornithologist Poems are all available from dancing girl press. She was a recipient of a grant from the Massachusetts Cultural Council.

Phill Provance’s poetry and prose have appeared in The Baltimore Sun, Orbis, Noctua and others. Previously, he wrote for Wizard and InQuest Gamer before scripting MediaTier Ltd.'s comic strip The Adventures of Ace Hoyle. In 2011, Cy Gist Press published his first poetry chapbook, The Day the Sun Rolled Out of the Sky. His second chapbook, Given to Suddenly Laughter, is forthcoming in 2019 (Cy Gist), as is his first full-length work of non-fiction (The History Press). His critical essay “Warring with Whitmania” will appear in The Poetic Legacy of Whitman, Williams, and Ginsberg (PCCC). Phill is completing his MFA at WV Wesleyan College. When not writing and reading, he prefers spending time with the best little guy in the whole world, his son, Ledger.


Crab Creek Review's contest issue will be available this October. Order a copy on our website or pick one up at Open Books, Elliott Bay Bookstore, or Eagle Harbor Books.